Research in this laboratory is aimed at understanding the neurobiology of emotion. We seek to elucidate how fundamental properties common to emotional states, such as persistence, scalability and valence, are encoded in the circuitry and chemistry of the brain and how these internal states combine with sensory stimuli to elicit specific emotional behaviors, such as fear or aggression. Our work employs optogenetics, chemogenetics, single-cell RNAseq and viral tracing to mark, map, and manipulate specific neural circuits to determine how genetically identifiable populations of neurons causally control internal emotion states and behavior. These studies are complemented by the use of electrophysiology and functional imaging to measure activity in neural circuits. We have used mice and the fruit fly Drosophila melanogaster as model organisms. More recently we have established a genetically tractable jellyfish model (Clytia hemisphaerica) with the goal of determining whether these ancient organisms without a brain behave in a purely reflexive manner, or also have primitive internal states.

What They Did and Where They're Going

Brandon (Brady) Weissbourd developed a new genetically tractable transparent jellyfish model for systems and evolutionary neuroscience, called Clytia hemisphaerica.  Using whole-jellyfish imaging of population neural activity, he discovered that these jellyfish have an unsuspected parcellation of their seemingly diffuse neural net into a series of "pizza wedge"-like neuronal assemblies, which control localized infolding of of the umbrella to pass trapped food to the central mouth. His work was featured on the cover of Cell.  He will be joining the faculty of MIT in the winter of 2023.

Tomomi Karigo discovered two different forms of male mounting behavior in mice, a male-directed form used to establish social dominance, and a female-directed form used for reproduction.  She found that these two forms are controlled by distinct regions and cell types in the hypothalamus. This work uncovered a subset of "make love, not war" neurons in the medial preoptic area whose activation in males can interrupt ongoing attack and convert it to reproductive mounting behavior. Her work was published in Nature.  She will be joining the faculty of Johns Hopkins Medical School this summer.

Ann Kennedy is a theoretical neuroscientist.  She introduced the use of sophisticated computational tools to analyze calcium imaging data recorded in deep brain regions active during emotional behaviors such as freezing, fighting and mating.  Using these tools, she has identified signals of internal motive states underlying defensive and aggressive behaviors in the hypothalamus.  Ann has also developed a suite of AI-based tools for automated analysis of social behaviors in mice. She is currently an Assistant Professor in the Department of Neuroscience at Northwestern University Feinberg School of Medicine.

Moriel Zelikowsky is a behavioral psychologist and neuroscientist who studies how different forms of stress alter animals' responses to threatening stimuli.  She discovered an evolutionarily conserved role for a tachykinin neuropeptide, NkB, in the control of social isolation stress-induced increases in aggressiveness, learned and innate fear. This work reveals previously unknown major changes in brain chemistry that occur during weeks of social isolation, and identify a pharmacological inhibitor of these effects that may one day prove useful in the treatment of social isolation-induced stress in humans.  Moriel is currently an Assistant Professor in the Department of Neurobiology at the University of Utah Salt Lake City School of Medicine. She is a recipient of a L'Oreal for Women in Science Award.

A genetically tractable jellyfish model for systems and evolutionary neuroscience. 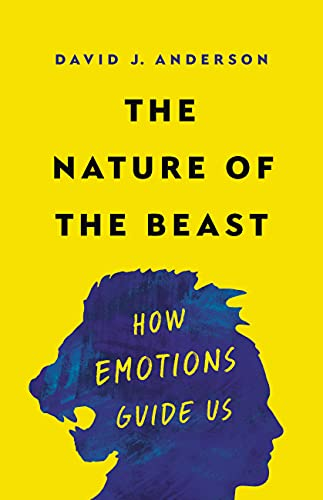 The Nature of The Beast

How Emotions Guide Us

In The Nature of the Beast, pioneering neuroscientist David J. Anderson describes a new approach to solving this problem. He and his colleagues have figured out how to study the brain activity of animals as they navigate real-life scenarios, like fleeing a predator or competing for a mate. His research has revolutionized what we know about animal fear and aggression. Here, he explains what studying emotions and related internal brain states in animals can teach us about human behavior, offering new insights into why isolation makes us more aggressive, how sex and violence connect, and whether there's a link between aggression and mental illness.

What Can Animals Tell Us About Emotions? 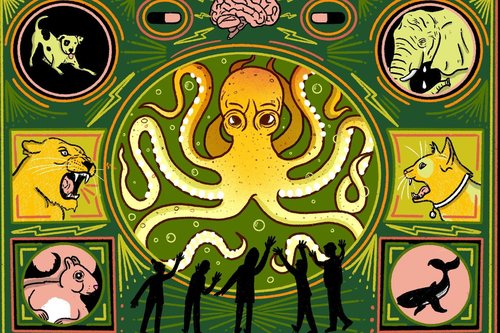 Credit: Life & Work Ideas Essay What Can Animals Tell Us About Emotions? Do elephants tear up in sorrow and squirrels flee in fear, or are those just reflexes? Scientists are plumbing animals' mental states for insight into human mental health. Illustration: Vidhya Nagarajan

Read the article in the Wall Street Journal

Dr. Anderson is the Director and Leadership Chair of the Tianqiao and Chrissy Chen Institute for Neuroscience.  Learn more about the Chen Institute and Caltech. 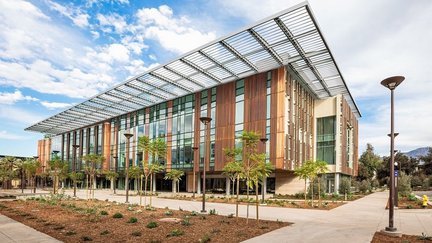 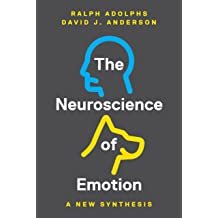 The Neuroscience of Emotion: A New Synthesis

The Neuroscience of Emotion presents a new framework for the neuroscientific study of emotion across species. Written by Ralph Adolphs and David J. Anderson, two leading authorities on the study of emotion, this accessible and original book recasts the discipline and demonstrates that in order to understand emotion, we need to examine its biological roots in humans and animals. Only through a comparative approach that encompasses work at the molecular, cellular, systems, and cognitive levels will we be able to comprehend what emotions do, how they evolved, how the brain shapes their development, and even how we might engineer them into robots in the future.

Showing that emotions are ubiquitous across species and implemented in specific brain circuits, Adolphs and Anderson offer a broad foundation for thinking about emotions as evolved, functionally defined biological states. The authors discuss the techniques and findings from modern neuroscientific investigations of emotion and conclude with a survey of theories and future research directions.

Featuring color illustrations throughout, The Neuroscience of Emotion synthesizes the latest in neuroscientific work to provide deeper insights into how emotions function in all of us.